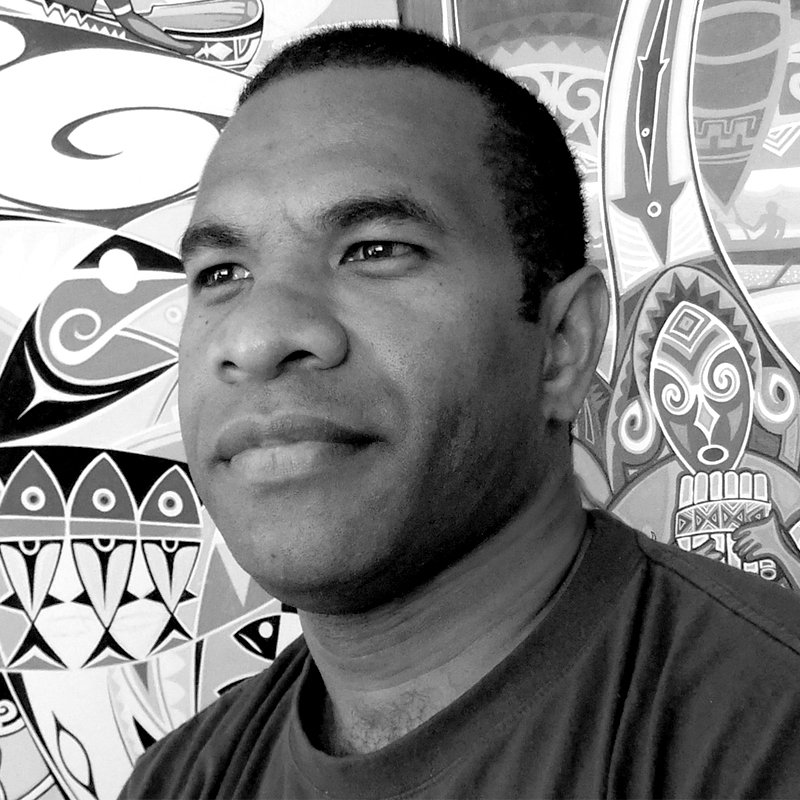 Ake Lianga is a painter, sculptor, and muralist from the island of Guadalcanal, Solomon Islands. His works, which often depict traditional stories and cultural practices, are in public collections in North America and the South Pacific. Lianga was born into a large family of carvers and weavers in the Kakau tribe. He learned how to carve as a small child, then taught himself to paint. After high school, he apprenticed for two years in Honiara, then became self-employed as a sign painter and mural artist. Commissions gained recognition for his work throughout Oceania, and he was elected Treasurer of the Artist Association of the Solomon Islands.

In 1995, Lianga won the South Pacific Contemporary Art Competition. A group exhibition followed in Sydney, which allowed him to work with artists from many parts of the Pacific. This was a turning point in his career, sparking a keen interest in cultural exchange. In 1996, he won a Commonwealth Arts and Crafts Award, and chose to study Western art at North Island College in Courtenay, British Columbia. In 2001, he married and settled in Victoria, BC. He continues to exhibit internationally and has pieces in permanent exhibitions around the globe including the Museum of Anthropology at the University of British Columbia, the World Bank Art Program and a permanent collaboration Pacific Post at MacAulay Point. During regular trips to the Solomon Islands, he provides training and advice for emerging artists.