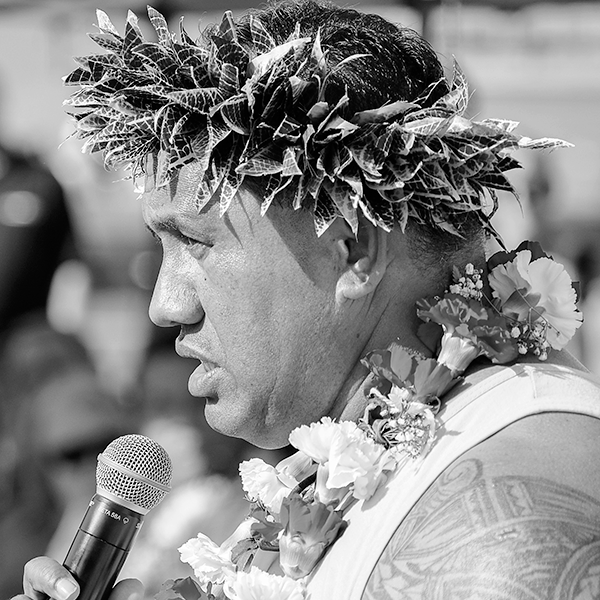 Originally from Samoa, Mua has lived in Canada since 1991. He is married to an Indigenous woman and is the proud father of three children. Mua has worked primarily with Youth With a Mission, a non-profit organization focused on Indigenous communities on Vancouver Island, and now works as a Youth Coordinator for a local First Nations community. This has allowed him to connect with many youth in public schools, as well as in First Nations communities across the Saanich Peninsula.

Mua is highly involved in many areas of South Pacific and Indigenous life. He is active in the local Pacific Islander community, specifically with community gatherings, Pearls of the South Pacific dance group and rugby.